Alban Dunn was a trustee for Abbeyfield Brecon Society board for two years with a career that has taken him from Local Government, the Water Industry, the Charity Sector and finally to the NHS in Primary Care. He has a particular interest in Governance and Administration as a former Company Secretary.

When we spoke to Alban he told us, "I not only enjoyed working with the digital team but the whole of The Abbeyfield Society. Not just for the microsite but because of the continuing professional approach and Positive Change Management as a national caring organisation. Change Management is an art when undertaken properly and sensitively."

We wanted to find out more about why he chose to become a trustee for our society, what he enjoyed most about his role and what his plans for the future are.

Tell us more about your roles before becoming a Trustee at Abbeyfield.

"My career was beneficially quite varied.  I worked for five local authorities in Lancashire, North Yorkshire and St Albans before being appointed Head Office Manager for the Welsh Water Authority. My voluntary work for the poor in the UK, Sudan and Romania eventually led me to be appointed as National Executive and Company Secretary for the St Vincent de Paul Society, England & Wales. My last paid post was in the NHS as Primary Care Development Manager for Merthyr Tydfil Health Board.  I had also worked voluntarily as a Special Constable, Parish Council Secretary and Deputy Chair School Governor."

How long were you a Trustee for at Abbeyfield Brecon?

"I served at Abbeyfield for about two years initially as a co-opted member and later as a Trustee with special responsibility for Administration and Governance."

Why did you decide to become a Trustee for Abbeyfield?

"An existing Trustee with whom I had had interface with whilst working in Primary Care in the NHS suggested that Abbeyfield might benefit from my experience. Also my former Parish Priest had become a resident at Abbeyfield Brecon, and I felt something of an obligation to support him in this way."

What did your role at Abbeyfield Brecon involve?

"I have always been keen to encourage good administration and change management, compliance and good governance. I see these as critical to any organisation, especially those that have care of the elderly. As I have experience in financial management and fundraising for charities, I was glad to be able to put this to good use at Abbeyfield particularly during the Covid pandemic."

What achievements are you proud of at Abbeyfield Brecon?

"Certainly serious input into the above issues. But also in the decision to appoint a House Manager, rather than simply Housekeeper/Cook, which has been a real success. Good management and continuity across functions is imperative in this sort of work."

Becoming a trustee is a serious responsibility not to be taken lightly, but if you have skills which a Board of Trustees can use, there is much satisfaction to be had in making constructive contributions which are then acted upon. 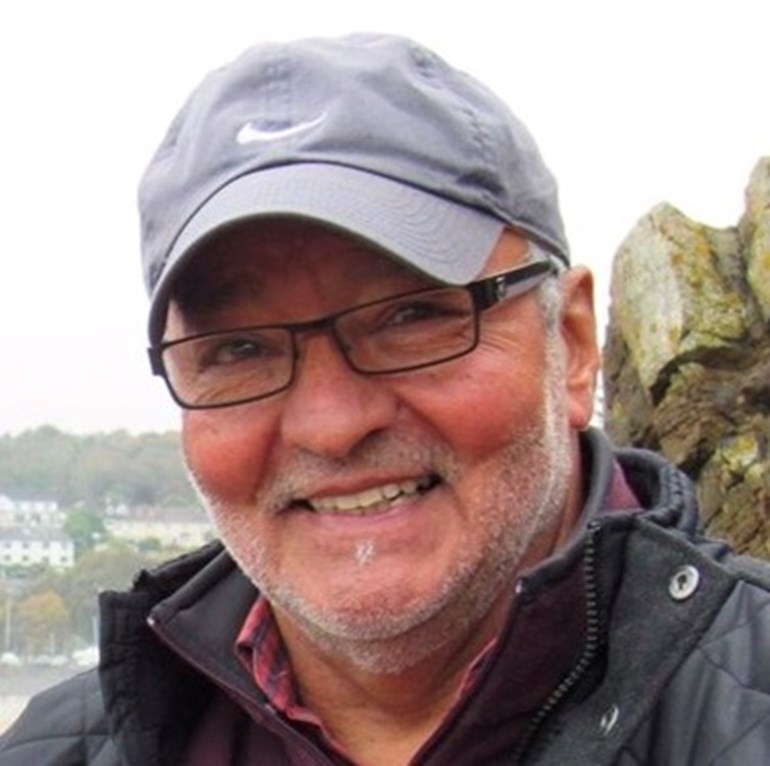 What was your favourite thing about being a Trustee at Abbeyfield Brecon?

"Working with a great Chairman and small body of Trustees determined to ensure the safety and happiness of residents and staff."

What would you say to someone thinking of becoming a Trustee?

"It is a serious responsibility not to be taken lightly, but if you have skills which a Board of Trustees can use, there is much satisfaction to be had in making constructive contributions which are then acted upon."

What are your plans for the future?

"To enjoy family life with five granddaughters…..everything is pink!!! "

I would like to personally express my sincere gratitude to Alban for his unwavering support and dedication during his time here at Abbeyfield, especially during the recent Covid-19 pandemic! His insight and experience have been extremely valuable, his guidance greatly appreciated. On behalf of the residents, staff and trustees I would like to wish Alban and his family all the very best for the future.

If you're interested in becoming a trustee for the Abbeyfield Brecon Society, please contact us using the form below.